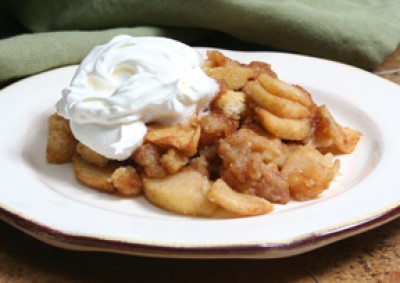 A Betty consists of a fruit, most commonly apples, baked between layers of buttered crumbs. Betties are an English pudding dessert closely related to the French apple charlotte. Betty was a popular baked pudding made during colonial times in America.

Facts and picture courtesy of

Recipe Made with Love by

“This recipe belonged to my Grandma, she made it often. We love it, comfort food at it’s best. Hope you enjoy!”
Ready in: 1 hr 15 mins
YIELD: 1 pan

Make sure to visit @Leslie for more recipes

Check out our other Dessert recipes