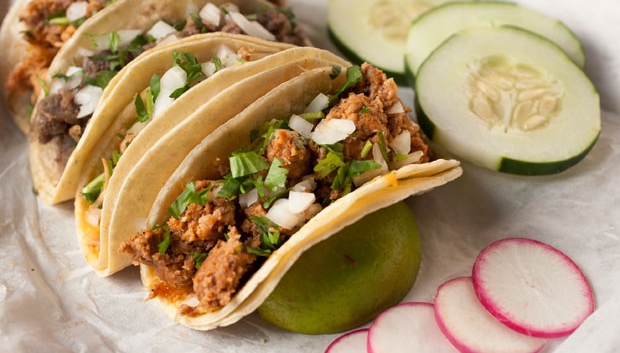 Facts, recipe and pictures courtesy of

The traditional taco truck has been cruising around California streets well for over 40 years. Most have menus with various styles of tacos, but in most cases, their best sellers have been their authentic carne asada tacos. Because we know many start up food trucks build their concepts around Mexican cuisine we wanted to share an easy to make authentic carne asada taco recipe to try at home or in your food truck test kitchen.

Please Note: You can use this easy carne asada taco recipe to create other Mexican cuisine for your menu such as a carne asada burrito.

Make sure to visit

Check out our other Dessert recipes