A Wintry Rum Cocktail to Sip Beside the Fire

With the temperature dropping here in Maine, I’m beginning to layer up. The boots and heavier jacket are a given, but come winter, I like to have something to warm the soul, too.

We all have a go-to cold-weather drink—maybe a hot toddy or mulled wine, hot chocolate or Irish coffee—for when clutching a piping-hot mug is preferable to letting your fingers freeze.

But for me, I tend to keep my drinks cold, and let the inherent heat from the spirits themselves keep me warm. Instead of the typical cold-weather bottle—bourbon, rye, cognac—my go-to every year around this time is rum. (Yes, rum.) 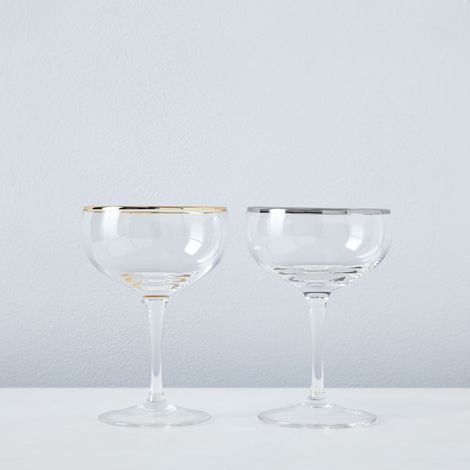 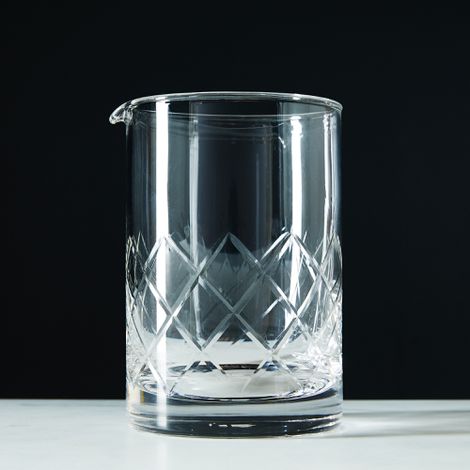 Founded in (you guessed it) 1796 near Caracas, Santa Teresa produces rum via the Solera method. Originating in Spain for the production of sherry, the Solera method is, for all intents and purposes, a blending method. Imagine barrels stacked one atop the other: the rum that is ultimately bottled will come from the bottom-most barrel, which is regularly topped off by the barrel above it, and so on, with the youngest, most recently distilled rum going into the topmost barrel.

This is a contentious topic in the rum world, but here’s an argument for it. With Santa Teresa, that topmost barrel actually gets topped off by their in-house blend of light, dark, and pot-still rums, ranging in age from four to 35 years old. By adding a combination of different spirits from older barrels and moving them down, barrel by barrel, the rum develops a lovely balance of aged notes. Think: chocolate; tobacco; and a young dryness that finishes clean with notes of plum and vanilla. They produce this consistently—and for me, consistency is key.

While there is a sense of romance and exclusivity in the idea of a “single-barrel” or “small-batch” spirit, there’s no formal definition for either term. I like to depend on spirits that I know will present the same nose, body, and taste from bottle to bottle. That’s what makes this rum not only a great sipper, but also a wonderful spirit to make cocktails with.

Speaking of, one of my favorite drinks to stir up with this spirit is a rum-forward riff on the classic Martinez.

While some declare it the proto-martini and others cite it as a Manhattan variation, it is generally agreed that a Martinez requires Old Tom gin. But does it? There are a few different opinions on what exactly an Old Tom-style gin is. Charles H. Baker Jr., a legendary 20th-century food and cocktail writer, says it has “an oilier texture and a slight orange taste” in Jigger, Beaker and Glass: Drinking Around the World. The Mr. Boston Deluxe Official Bartender’s Guide states that it is “an English gin that has been sweetened with sugar syrup.” Some say it requires aging, while others balk at such an idea.

Both Harry Craddock and O.H. Byron—seminal barkeeps of the late 19th and early 20th century—say that the Martinez requires simply “gin.” At its simplest, the Martinez is gin, sweet vermouth, bitters, Luxardo, a cherry, and some citrus.

The reason I love this particular rum in a Martinez riff is simple: It’s a versatile, complementary spirit with a profile that ranges from leather and smoke to stone fruit and honey. All of which, much like an American spirit or an aged gin, pair wonderfully with sweet vermouth.

Instead of an equal parts spirit-to-sweet vermouth ratio as is so often the build in a Martinez, we’re going to drop the sweet vermouth volume and include one-quarter ounce of Suze—a floral, French liqueur that acts as a nod to the now-absent gin. The Santa Teresa 1796, with its honey and vanilla notes, welcomes the bright liqueur with open arms. A teaspoon of Luxardo adds a subtle roundness to the drink, while the Angostura bitters complement the baking spice elements of the rum and sweet vermouth. Orange bitters aid in a dry finish to the drink.

The torched rosemary may seem a bit over the top, but let me tell you, when that smell fills your nostrils before the first sip, the plum from the rum absolutely sings.

Whether you try this cocktail for yourself or not, I encourage you to drink rum this winter. Santa Teresa 1796 works alone and it works in cocktails. Swap it out for your favorite brown spirit the next time you want to sip, or experiment and see where it takes you.

What’s your go-to winter spirit? Tell us in the comments!

In partnership with Santa Teresa 1796, we’re highlighting winter-ready cocktail recipes to stir up this season. At the top of our must-sip list: this crisp Rum Martinez starring Santa Teresa 1796—with its fruity aroma and notes of leather, vanilla, and honey—plus a smoky rosemary and sweet-tart cherry garnish. Want to make this cocktail at home, or simply stock up your bar cart? Have a bottle of Santa Teresa 1796 delivered straight to your door here.