Dried Seafood Packets Are My Secret to Fast, Flavorful Soups and Stews

Sohla Shows You How to Strut Your Strata

In partnership with Lodge Cast Iron, we’re sharing ideas for exceptional and unconventional pie crusts to mix things up during the holidays and beyond. With Lodge’s Seasoned Cast Iron Pie Pan (it’s from their bakeware line!), you can achieve a golden, award-worthy crust every time—no matter what recipe you’re baking up this season.

Making a great pie doesn’t necessarily have to be a tedious task. Instead of spending hours chilling, kneading, and rolling dough, you can make a bunch of easy (and delicious!) crusts with ingredients like crushed cheese crackers, crispy hash browns, or even your favorite cereal.

You can bake ‘em just like you would in your favorite pie pan—I personally like to rely on one made from cast iron. Because cast iron distributes heat more evenly and consistently than other baking materials, you get a perfect crust every time—aka you can kiss sad, soggy pie crusts goodbye forever. 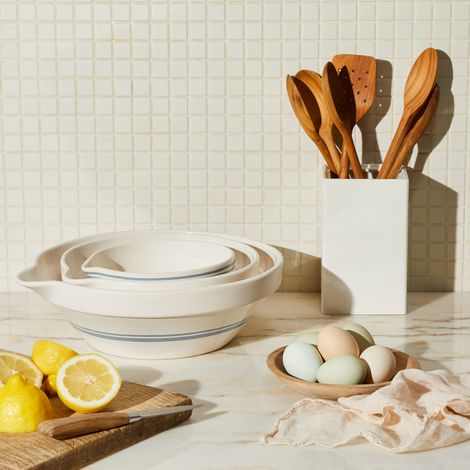 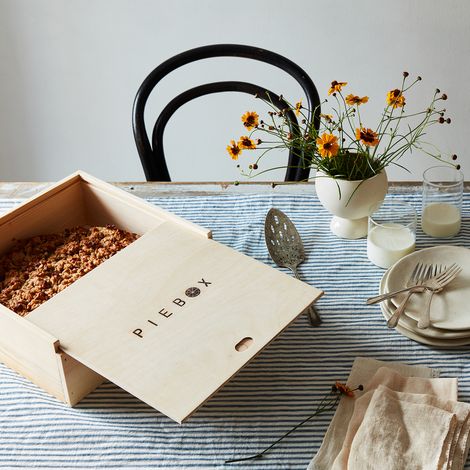 Repurpose one of your favorite childhood snacks—cheddar cheese crackers—into a crumbly, cheesy pie crust that adds a savory-sharp balance to fruity pie fillings, like apple, berry, pear, and more.

To make a quick and easy cheese crust, simply crush store-bought cheddar cheese crackers until they are a fine-grit consistency. Then, combine the crushed crackers with a binding ingredient (unsalted butter works well) until you can firmly pack the crust without it crumbling upon touch. For every 1 1/2 cups of cheddar cheese crackers, use about 5 to 6 tablespoons of melted, unsalted butter. Bake the crust until aromatic for 8 to 10 minutes at 350°F, and let it cool completely before filling.

If you’re in the mood for something breakfast-y, try making a hash brown crust using shredded potatoes (like Idaho or Russet) or sweet potatoes for an extra-crispy base layer. If you’re in a pinch for time, use store-bought shredded hash browns to spare yourself the step of grating potatoes.

There’s so much more to graham cracker crusts than just Key lime pie. Use honey- and cinnamon-flavored crackers to create a thick, crispy crust for just about any pie filling. To make the graham cracker crumbs, pulse the crackers in a food processor until finely ground. For every 1 1/2 cups of graham cracker crumbs, add about 6 tablespoons of melted, unsalted butter to bind the ingredients. Bake the shell for 5 to 7 minutes at 350°F, and cool before adding any filling.

If you don’t have much of a sweet tooth, this slightly savory crust can help balance out a sugary filling for a dessert that’s perfectly balanced. To make the pretzel crumb, grind the pretzels into a coarse sand-like texture, and add unsalted butter; for every 2 cups of pretzels, add 1 stick of melted, unsalted butter. For a sweet and salty variation, add 1/3 cup of sugar to the mixture.

If you want to get creative, add nuts or spices (like almonds and cinnamon) to your crust for an extra-tasty pie shell.

No-Bake Cheesecake With a Pretzel Crust

Two desserts in one—what more could you possibly need? Make your next pie creation that much sweeter by using sugar cookie dough to create a perfectly chewy crust. Use store-bought dough or quickly whip up a batch of your favorite recipe to use as your pie’s foundation. To make it, roll the cookie dough into a flat layer, about 1/4-inch thick. Bake at 350°F for 12 to 15 minutes, or until lightly golden and aromatic; let it cool before adding any filling.

This cinnamon roll crust alternative is the definition of working smarter, not harder. Add swirls of cinnamon goodness to your pies by brushing a store-bought pie crust with a coat of melted butter (about 1 to 2 tablespoons), sprinkling with a tablespoon of brown sugar, and topping it with cinnamon (about 1 tablespoon). Then, roll the dough into a log and cut half-inch disks to make mini cinnamon rolls for your crust.

Lay the cinnamon roll disks flat in between two layers of parchment paper, so that they are touching one another. Using a rolling pin, flatten the dough to about 1/4-inch thickness to form a uniform layer large enough to cover the entire surface of the pan. Then, add your filling of choice, and bake until fully cooked and golden brown.

Turn your favorite cereals—from Rice Krispies and Cheerios to Fruity Pebbles and Cornflakes—into a crunchy pie crust with the help of a little butter to hold together the crispy bits. (Psst: You can use a similar method as the graham cracker crust.)

Our 79 Best Pie Recipes of All Time

Can’t find flour at the store? All you have is a package of almost-expiring saltine crackers in the forgotten depths of your pantry? Here’s a solution: Turn them into a pie crust! Transform this typically overlooked ingredient into a slightly salted crumb crust to balance out citrusy, tangy, and sweet pie fillings.

An oatmeal crust easily comes together in a matter of seconds (seriously). Combine 1 cup of rolled oats, 1/3 cup of all-purpose flour, 1/4 cup of brown sugar, and 6 tablespoons of melted, unsalted butter. Bake it at 375°F for 15 minutes and let cool. Fill the pie up with a gooey, buttery filling, or take a more traditional approach with a tart blueberry or spiced pumpkin mixture for a guaranteed crowd-pleaser.

Create a crust any chocolate-lover would love using brownie batter. It’s simple: Omit the oil and reduce the amount of wet ingredients (use 1 egg and about 4 to 5 tablespoons of melted, unsalted butter) than what you would use in your typical brownie batter. This creates a denser, more decadent batter that you can easily press into the sides of your pie pan. Bake it for 15 minutes at 350°F, then let it cool before filling.

What’s your go-to pie recipe during the holidays? Tell us in the comments below!

Make sure your holiday treats (and savory dishes, too!) turn out just-right this season with help from our partner Lodge Cast Iron. Their line of seasoned cast iron bakeware—which includes pie pans, skillets, loaf pans, and more—has top-notch heat retention for the most even, consistent results.